You are here: Home / Blog / Blog / Types of Kidney Cancer

In India, the incidence of kidney cancer is about 2/100,000 population in males and among females, it is nearly 1/100,000 population. Renal cell carcinoma is the most common cancer type of the Kidney cancer accounting for 80 – 85 per cent. The most common sub type of RCCis Clear cell, which accounts for 75 per cent of the cases and has a better survival as compared to non – clear cell subtype (papillary & chromophobe type). The rarer subtypes are collecting duct carcinomas & renal medullary carcinomas. Oncocytoma is a slow-growing type of kidney cancer. Angiomyolipoma are the most common benign tumor but presence of epithelioid cells can lead to cancer. Renal cell carcinoma with sarcomatoid or rhabdoid features are very aggressive and have very short survival rates. 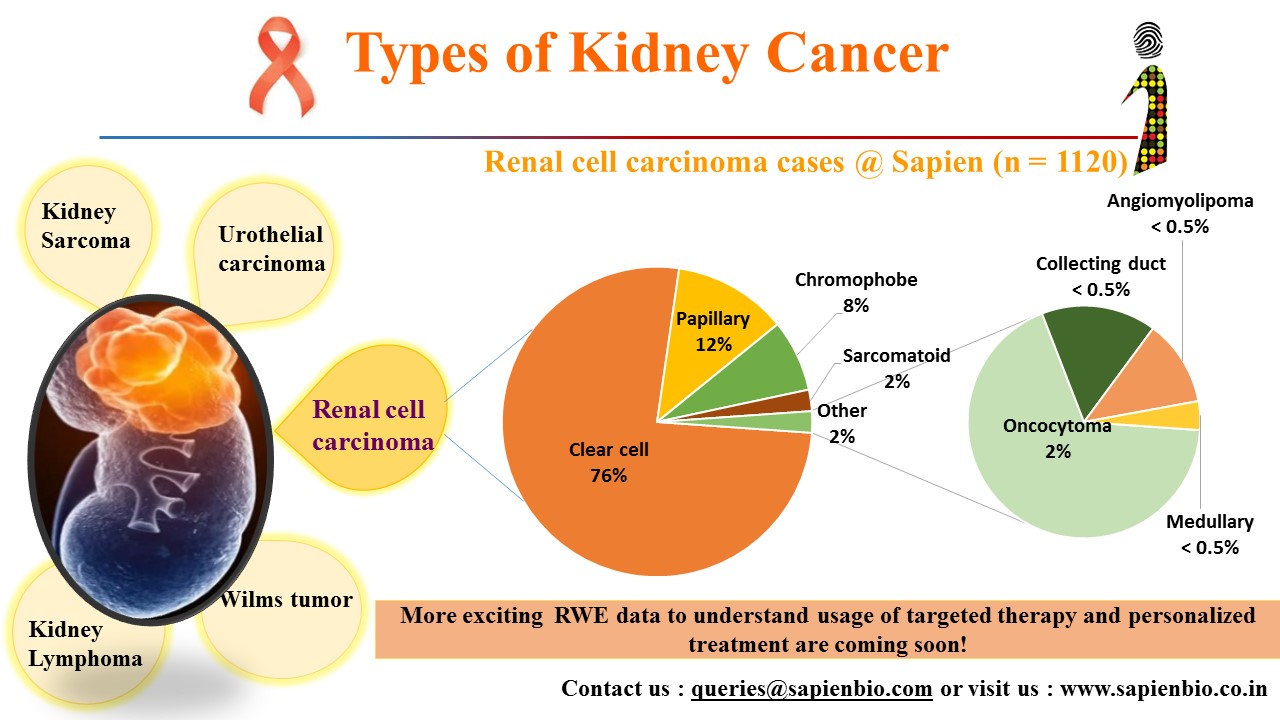 Dr. Jugnu Jain shares her thoughts on entrepreneurship with the T-Hub Hyderabad

20-30% of patients with potentially curable breast cancer develop metastasis, denying breast cancer samurais the high quality and length of life. We need to dedicate ourselves to understanding the molecular mechanism underlying Metastatic Breast Cancer which will help identify personalized screening and treatment approaches to fight metastasis

Breast cancer remains a significant societal, clinical and scientific challenge. It is very crucial to understand the epidemiology, epi/genetics, molecular pathology, cell and protein biology and the influence of hormones on its development and progression. Breast cancer remains the leading cancer in Indian women and worldwide hence raising awareness for risk factors and early detection is critical to increase the quantity and quality of life.

Kidney cancer rarely affects children. The most common one is Wilms’ tumor, also called nephroblastoma, that accounts for up to 95% of childhood kidney cancers, with most children being below the age of 5 years. It is a fast growing tumor that can spread (metastasize). It is usually treated by surgery, followed by radiation and chemotherapy. Commonly used chemo drugs are doxorubicin, vincristine and actinomycin D. Overall survival rates tend to be high (>90%), with favourable histopathology diagnosis and timely treatment.
0 replies